Hunters listed in the:

She recorded her memories in notebooks that were passed down in her family. They are being preserved in the library of the Jacob Hunter Trust for copying by her grandson, James Mason of Indianapolis, IN.

Her grandmother Mary Moore Duncan Hunter told her a story about the kidnapping of her grandmother by indians. This mother of her father was Rachel Warren Duncan (1734-1765).

She said her grandmother (Rachel Warren Duncan 1734-1765)and her son were at home one day.  She was not well and he was staying with her while all of the others were at work in the field.  Indians came and captured them and made them go with them.  They never followed the trails but just went across the country.  Finally, they came to a swamp and her son picked her up and carried her across the swamp.  She was of small build.

She said the Indians would look first at her and then at her son and just jabber among themselves and point at each other.  They went along and after a while came to a creek with water in it.  One of the young Indian men stepped out and he carried great-great grandmother over the creek and set her down very carefully on the other side.  After that, every creek or slough they came to one of them would carry her across.

They camped at night and her folks had seen them leave and followed them until they made camp and had stayed out of sight with the horses.  So when they went to sleep they (the Indians) put them in the center and the Indians lay all around them.

So they (family members) brought their horses up as close as they dared and waited until every one was asleep and slipped up and Grandmother and her son were looking for them.  They slipped out of the camp without waking any of them (Indians) and were almost to the horses when on of the horses neighed and awoke them.

The Indians ran after them and shot several arrows at them but they got on their horses and got away.  The next day they (family members) organized a party to hunt them (the Indians) but not an Indian could be found.  They supposed they had marched all night and got out of the settlement.

If you would like to know more about this particular Hunter family, I suggest you visit the wonderful website of the Jacob Hunter Trust.org

Buried or commemorated at 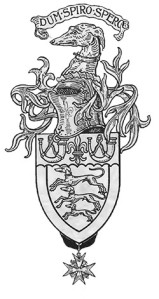 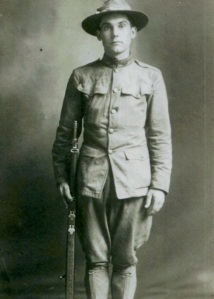 Hunters in the News