John Henry Hunter was born c.1715 in Ayrshire, Scotland and died 9 May 1774 in Augusta, Virginia, United States. His death record is second down.

John Hunter that died in 1756, crushed by the wheel of a mill at Bush River Furnace, Baltimore, MD. Another John Hunter was killed in ‘Shay’s Rebellion’ in the attack on the public buildings at Springfield in 1787. There was a Samuel Hunter killed by Indians on 25 May 1758. It also includes postmaster William Hunter’s death in Williamsburg, VA on 12 Aug 1761. 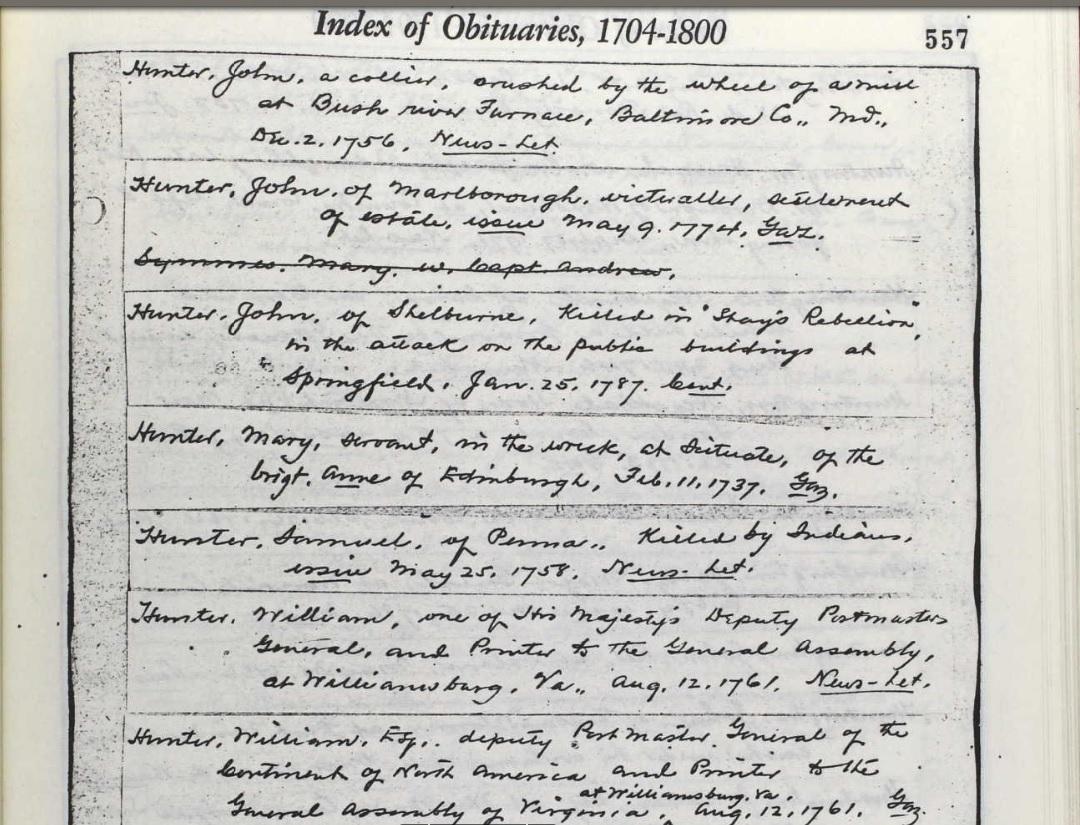 One thought on “Hunter Stories”